All last year, I was I up-shifting into a non-existent sixth gear. The nice folks at Blue Ridge Mountain SportMax shipped an FJR final drive with the gears from Yamaha’s Royal Star Venture dropped in.  This was just the first time I’d taken one of the wheels off a motorbike, so I took my time on this one. 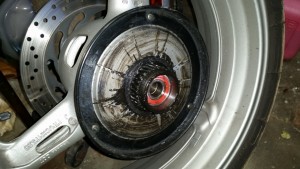 I closely followed the advice from Greg Marbach.  First thing I noticed was the grease mess on the wheel.  Cleaned up and some fresh stuff applied, then put to the side. 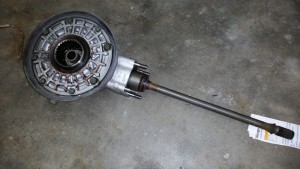 With the final drive (including drive shaft) removed, inspected (no more corrosion than expected) and carefully put to the side… 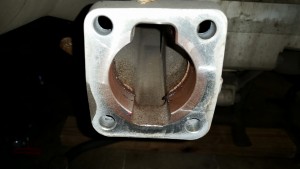 …attention focused to the weephole in the swingarm.  With only about 20K miles on it, not much to see here, though.  Nothing clogging or building up.  Onward. 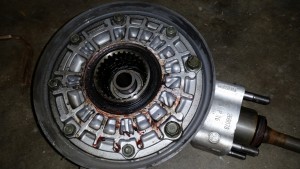 The old final drive removed and more messy grease, not sure if the shop that swapped the rear rubber last was overly liberal or this comes from the PO.  Carefully pop the shaft out, clean and lube the rubber bushing and spring. 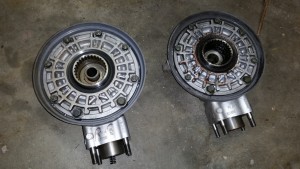 Side by side, the old and new final drives seem inspired by Gene Roddenberry’s idea of formation flight.

I only had my 90 commuting miles to test the gears before starting the 2,000 mile trip for the final running of the Coastal Carolina Crewe’s Cape Fear 1000 Rally.

Roughly 10% taller gearing should mean better gas mileage, lower cruise RPM’s.  The most obvious (to me) difference is the longer wind-out when accelerating.  Accelleration seemed just as snappy, guess I’ll just have to get used to the new “through the gears” rhythm.

Jury’s out on the potential gas mileage improvement, the new slab of Plexiglass and 32+ square inches of new LED driving lights certainly will have an impact in all the highway driving I’ll be doing next week.