Does anyone really care that they name winter storms?  Well Cody is dumping about a foot of slush on me today, and the bike’s tucked away in the garage.  I won’t dare take a bike that bike with tires like that in the snow, so it’s time to make plans for winter projects.

I loved riding in the Void 9 rally last month, and want to ride in more rallies next year, with a desire to ride the Butt Lite 8 in 2016 and, eventually, an IBR.  The FJR needs very little to go the distance in these rallies, mods and accessories are generally for the comfort and convenience of the rider.  Here’s what I’ve got lined up for the winter while the bike’s in the garage: 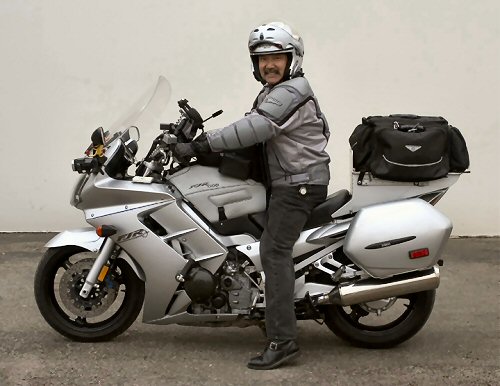 Aux Fuel cell – I’ve admired Dean Tanji’s tank for the Gen1 FJR since I first started looking for safety and comfort mods.  Don’t you love when good engineering looks like art?  It’s not likely that I’ll create as fine a product as the twenty Dean produced back in 1994, but I’ll have help. My new combo TIG/Plasma unit just arrived, and this will be my first significant project of any kind.

Final Drive – More often than not, I try to up-shift from fifth to a non-existent sixth gear.  The gearing on the FJR might just be the only compromise between sport & touring on this bike.  But the clever folks at Blue Ridge Mountain SportMax realized that Yamaha’s Royal Star Venture, FJR and VMax final drive cases are similar, and while not interchangeable, their gears ARE.  FJR and VMax owners can have their final drive gears swapped out with a set of RSV gears, making all the gears about 10% taller.  Better gas mileage, lower cruise RPM’s with a quieter ride all justify this project.

Canyon Cage – Sliders do an OK job protecting the plastic when you go down on flat asphalt or concrete, but don’t do much for the exposed engine cases, and they dig in on softer road materials.  Thinking about the haul road (the Dalton Highway) and similar roads in my future, Canyon cage engine guards might make more sense.  The problem?  I couldn’t find a set that fit a Gen1 FJR.  Enter MC Enterprises, who just needed an appropriate fitting dummy which Fairlaner from the FJRForum.com was able to arrange.  I now have a set from their first production run.

Aux lights – Additional lighting was one of the first things I added to the FJR, a pair of LR4’s from LEDRider.com  Their compact and extremely bright floods that live on the forks down around the fender.  They do a very good job of throwing a lot of light in front of me.  I do need to put some more focused light further down the road though.  Thanks to Justin for a good deal on a pair of LR64’s which require a custom bracket to put them up high (in front of the mirrors.)  I’ll be working on a new switch bracket for convenient control.

Stebel Nautilus – It’s crowded here in the New York tri-state area, and cagers don’t really pay attention when jockeying for better positions on the road.  There’s no doubt that the 139 dB of a Stebel Nautilus in the

Fenda Extenda – A radiator failure on a long ride would be devastating, so besides hunting for a practical radiator guard, the Fenda Extenda is a simple and very practical solution.

Darksiding – The practice of using an automotive tire on the rear wheel is known in the community as Darksiding.  For those (like me) who put more emphasis on the touring in sport-touring, the longer life, and extra stability of a car tire is appealing.  Detractors say it’s irresponsible, harder to turn and gets squirmy with road irregularities.  If I’m really going to start doing multi-day rallies, this is something I need to check out.

Enough talk, time to get some work done.